His word is enough

kingdom divided by civil war is doomed. A town or family splintered by feuding will fall apart. 26 And if Satan is casting out Satan, he is divided and fighting against himself. His own kingdom will not survive. 27 And if I am empowered by Satan, what about your own exorcists? They cast out demons, too, so they will condemn you for what you have said. 28 But if I am casting out demons by the Spirit of God, then the Kingdom of God has arrived among you. 29 For who is powerful enough to enter the house of a strong man and plunder his goods? Only someone even stronger—someone who could tie him up and then plunder his house.
30 “Anyone who isn’t with me opposes me, and anyone who isn’t working with me is actually working against me.

Behold, I give you the authority to trample on serpents and scorpions, and over all the power of the enemy, and nothing shall by any means hurt you.

exousia
Greek Word for ‘authority’
meaning “to have the right to rule or govern, as one whose will and commands ought to be submitted to and obeyed.”
“lawful permission to execute power, or ability to bring judgment or justice for or against.”

dunamis
Greek word for ‘power’
meaning “to have the inherent strength or actual ability to bring about a desired purpose.”

And Jesus came and spoke to them, saying, “All authority has been given to Me in heaven and on earth. 19 Go therefore and make disciples of all the nations, baptizing them in the name of the Father and of the Son and of the Holy Spirit,

And He said to them, “Go into all the world and preach the gospel to every creature. 16 He who believes and is baptized will be saved; but he who does not believe will be condemned. 17 And these signs will follow those who believe: In My name they will cast out demons; they will speak with new tongues; 18 they will take up serpents; and if they drink anything deadly, it will by no means hurt them; they will lay hands on the sick, and they will recover.”

the eyes of your understanding being enlightened; that you may know what is the hope of His calling, what are the riches of the glory of His inheritance in the saints, 19 and what is the exceeding greatness of His power toward us who believe, according to the working of His mighty power 20 which He worked in Christ when He raised Him from the dead and seated Him at His right hand in the heavenly places, 21 far above all principality and power and might and dominion, and every name that is named, not only in this age but also in that which is to come.
22 And He put all things under His feet, and gave Him to be head over all things to the church, 23 which is His body, the fullness of Him who fills all in all.

3. His Word Is Enough

Then Jesus went with them. And when He was already not far from the house, the centurion sent friends to Him, saying to Him, “Lord, do not trouble Yourself, for I am not worthy that You should enter under my roof. 7 Therefore I did not even think myself worthy to come to You. But say the word, and my servant will be healed. 8 For I also am a man placed under authority, having soldiers under me. And I say to one, ‘Go,’ and he goes; and to another, ‘Come,’ and he comes; and to my servant, ‘Do this,’ and he does it.”

9 When Jesus heard these things, He marveled at him, and turned around and said to the crowd that followed Him, “I say to you, I have not found such great faith, not even in Israel!” 10 And those who were sent, returning to the house, found the servant well who had been sick.

And they overcame him by the blood of the Lamb and by the word of their testimony…..

Authority in the Kingdom 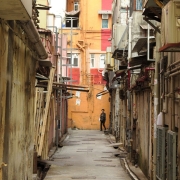 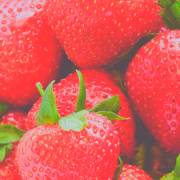 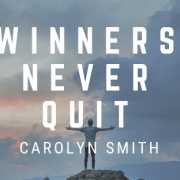 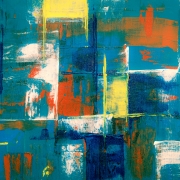 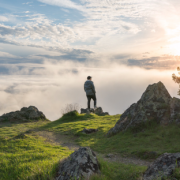 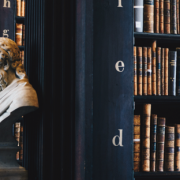