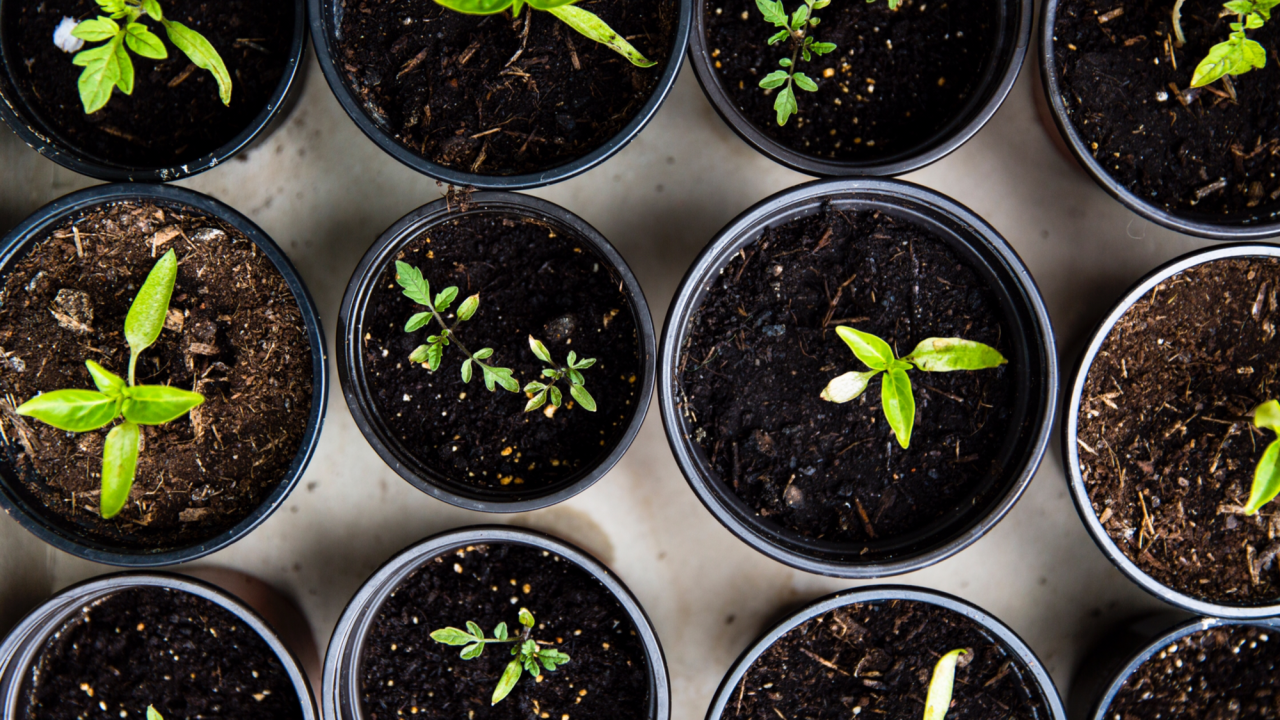 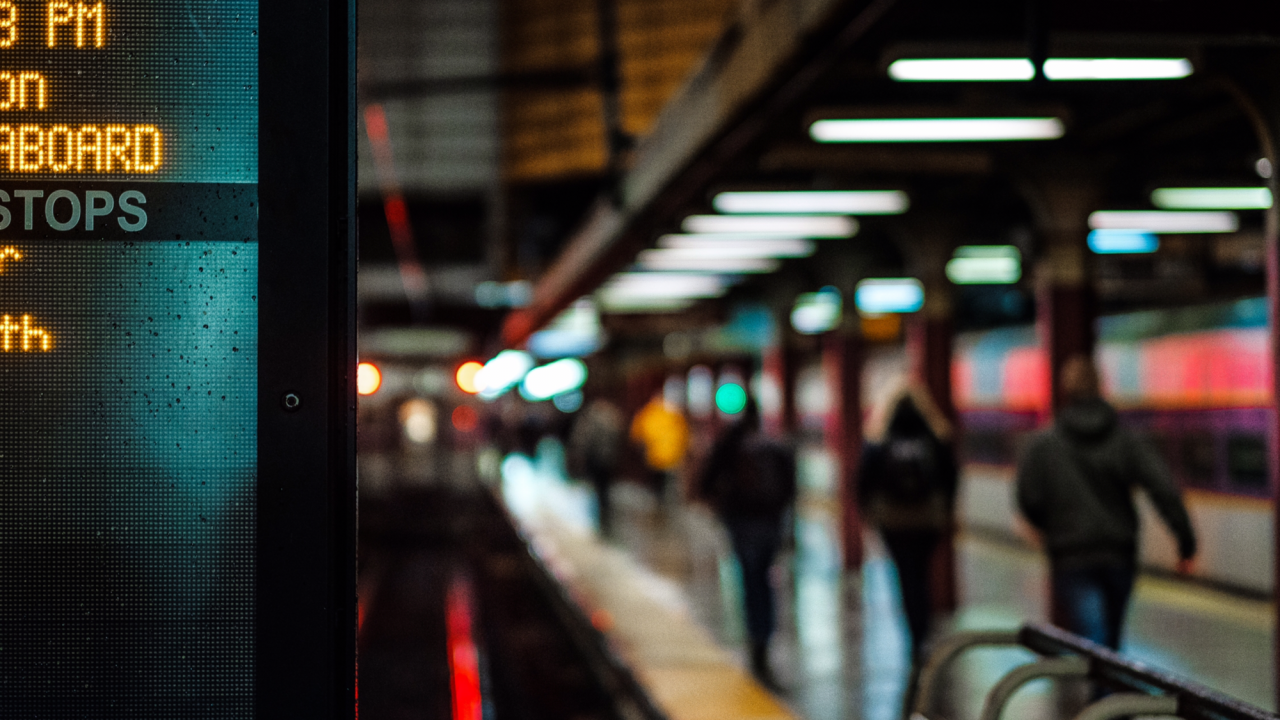 Ephesians 2:4–6 NKJV
But God, who is rich in mercy, because of His great love with which He loved us,
5 even when we were dead in trespasses, made us alive together with Christ (by grace you have been saved), 6 and raised us up together, and made us sit together in the heavenly places in Christ Jesus,

Revelation 1:12–13 NKJV
Then I turned to see the voice that spoke with me. And having turned I saw seven
golden lampstands, 13 and in the midst of the seven lampstands One like the Son of Man, clothed with a garment down to the feet and girded about the chest with a
golden band.

Matthew 5:14–15 NKJV
“You are the light of the world. A city that is set on a hill cannot be hidden. 15 Nor do they light a lamp and put it under a basket, but on a lampstand, and it gives light to all who are in the house.

Luke 11:5–10 NKJV
And He said to them, “Which of you shall have a friend, and go to him at midnight and say to him, ‘Friend, lend me three loaves; 6 for a friend of mine has come to me on his journey, and I have nothing to set before him’; 7 and he will answer from within and say, ‘Do not trouble me; the door is now shut, and my children are with me in bed; I cannot rise and give to you’? 8 I say to you, though he will not rise and give to him because he is his friend, yet because of his persistence he will rise and give him as many as he needs. 9 “So I say to you, ask, and it will be given to you; seek, and you will find; knock, and it will be opened to you. 10 For everyone who asks receives, and he who seeks finds, and to him who knocks it will be opened.

Luke 23:1–5 NKJV
Then the whole multitude of them arose and led Him to Pilate. 2 And they began to accuse Him, saying, “We found this fellow perverting the nation, and forbidding to pay taxes to Caesar, saying that He Himself is Christ, a King.” 3 Then Pilate asked Him, saying, “Are You the King of the Jews?”
He answered him and said, “It is as you say.” 4 So Pilate said to the chief priests and the crowd, “I find no fault in this Man.” 5 But they were the more fierce, saying, “He stirs up the people, teaching throughout all Judea, beginning from Galilee to this place.”

Luke 23:10 NKJV
And the chief priests and scribes stood and vehemently accused Him.

Luke 23:13–15 NKJV
Then Pilate, when he had called together the chief priests, the rulers, and the
people, 14 said to them, “You have brought this Man to me, as one who misleads the people. And indeed, having examined Him in your presence, I have found no fault in this Man concerning those things of which you accuse Him; 15 no, neither did Herod, for I sent you back to him; and indeed nothing deserving of death has been done by Him.

Luke 23:18–23 NKJV
And they all cried out at once, saying, “Away with this Man, and release to us
Barabbas”—19 who had been thrown into prison for a certain rebellion made in the
city, and for murder. 20 Pilate, therefore, wishing to release Jesus, again called out to them. 21 But they shouted, saying, “Crucify Him, crucify Him!”
22 Then he said to them the third time, “Why, what evil has He done? I have found no reason for death in Him. I will therefore chastise Him and let Him go.”
23 But they were insistent, demanding with loud voices that He be crucified. And the voices of these men and of the chief priests prevailed.

I Am The Light 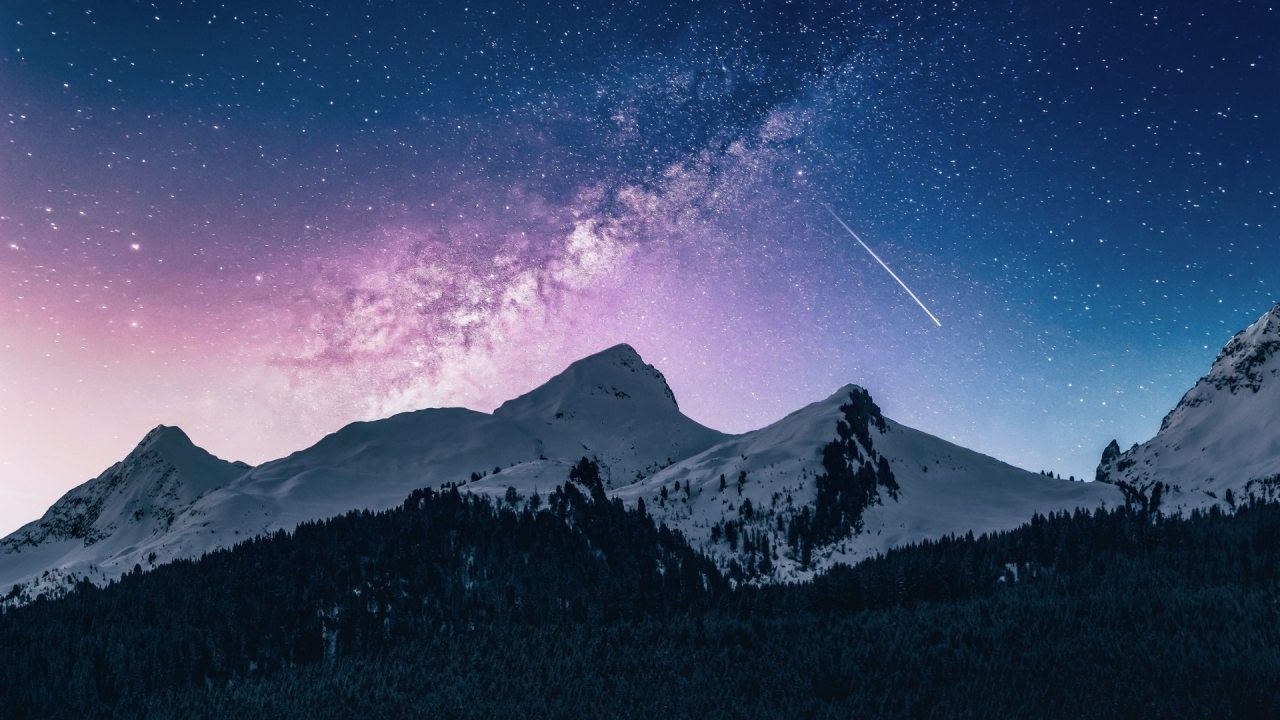 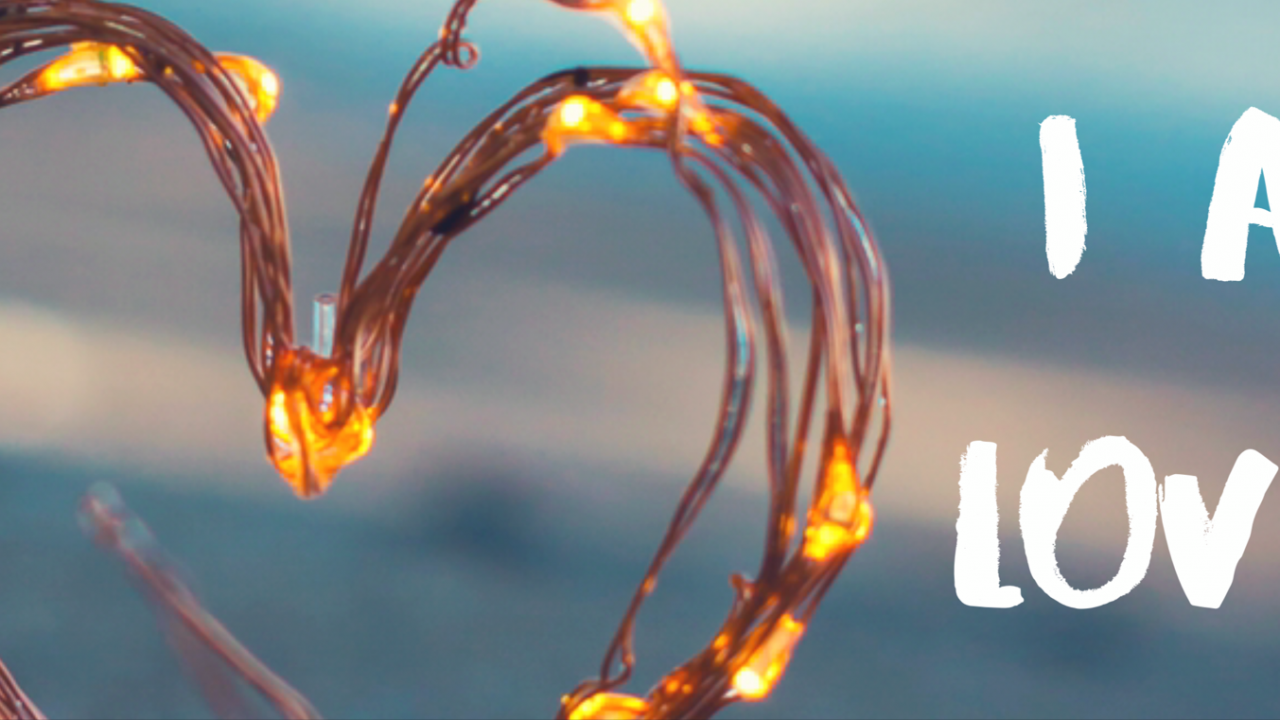 We need to upgrade our identity

END_OF_DOCUMENT_TOKEN_TO_BE_REPLACED 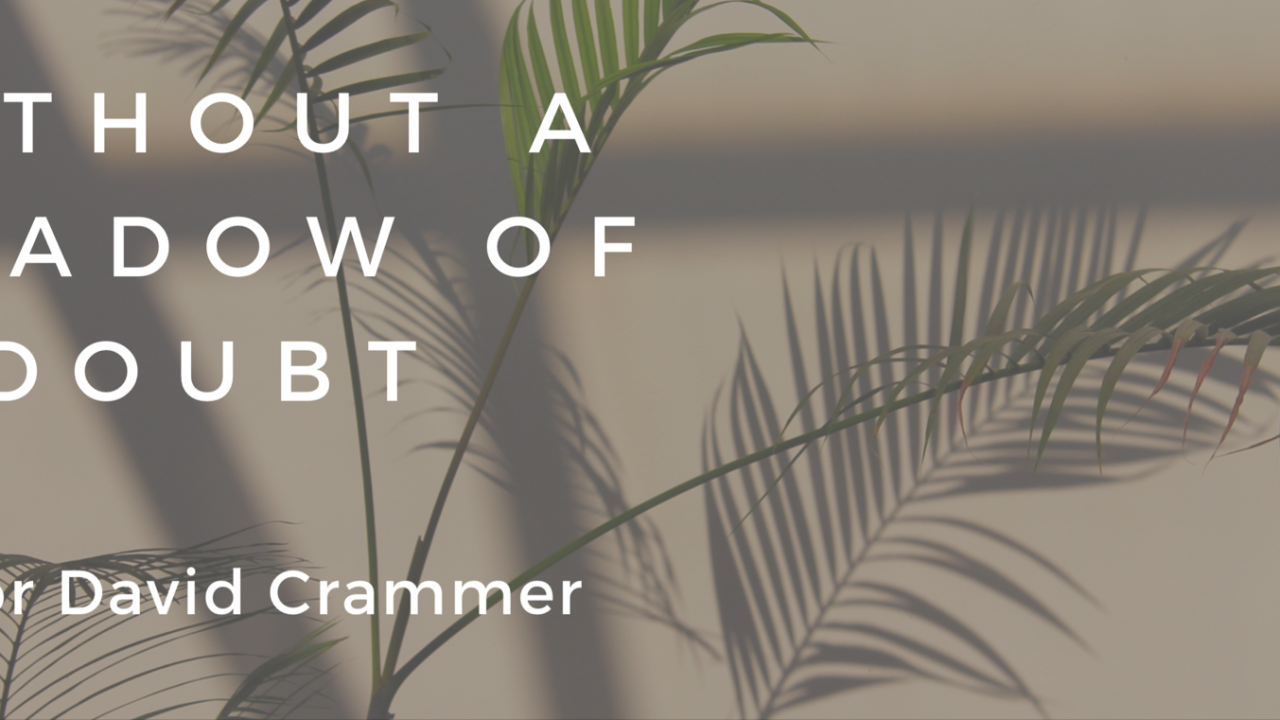 Matthew 24:4–8 NKJV
And Jesus answered and said to them: “Take heed that no one
deceives you. 5 For many will come in My name, saying, ‘I am the
Christ,’ and will deceive many. 6 And you will hear of wars and rumors
of wars. See that you are not troubled; for all these things must come
to pass, but the end is not yet. 7 For nation will rise against nation, and
kingdom against kingdom. And there will be famines, pestilences, and
earthquakes in various places. 8 All these are the beginning of sorrows.
1 Thessalonians 5:1–2 NKJV
But concerning the times and the seasons, brethren, you have no need
that I should write to you. 2 For you yourselves know perfectly that the
day of the Lord so comes as a thief in the night.

1. The Re-Building Of The Nation Of Israel

Matthew 24:32–34 NKJV
Now learn this parable from the fig tree: When its branch has already
become tender and puts forth leaves, you know that summer is near.
33 So you also, when you see all these things, know that it is near—at
the doors! 34 Assuredly, I say to you, this generation will by no means
pass away till all these things take place.

2. The Moral Decay Of Our Society.

Matthew 24:10–13 NKJV
And then many will be offended, will betray one another, and will hate
one another. 11 Then many false prophets will rise up and deceive
many. 12 And because lawlessness will abound, the love of many will
grow cold. 13 But he who endures to the end shall be saved.

2 Timothy 3:1–5 KJV
This know also, that in the last days perilous times shall come. 2 For
men shall be lovers of their own
selves, covetous, boasters, proud, blasphemers, disobedient to
parents, unthankful, unholy, 3 Without natural
affection, trucebreakers, false accusers, incontinent, fierce, despisers
of those that are good, 4 Traitors, heady, highminded, lovers of
pleasures more than lovers of God; 5 Having a form of godliness,
but denying the power thereof: from such turn away.
2 Peter 3:3–4 NKJV
knowing this first: that scoffers will come in the last days, walking
according to their own lusts, 4 and saying, “Where is the promise of
His coming? For since the fathers fell asleep, all things continue as
they were from the beginning of creation.”

3. The Advancement Of Technology.

Daniel 12:4 NKJV
But you, Daniel, shut up the words, and seal the book until the time of
the end; many shall run to and fro, and knowledge shall increase.”
Look at how fast both of these signs have escalated over the past 100
years. It seems that our communication technology has advanced in
the last twenty years at an incredible, incalculable rate.

4. The Rise of Deception

2 Timothy 3:13–14 NKJV
But evil men and impostors will grow worse and worse, deceiving and
being deceived. 14 But you must continue in the things which you 1

Timothy 4:1–3 NKJV
Now the Spirit expressly says that in latter times some will depart from
the faith, giving heed to deceiving spirits and doctrines of demons,
2 speaking lies in hypocrisy, having their own conscience seared with a
hot iron, 3 forbidding to marry, and commanding to abstain from foods
which God created to be received with thanksgiving by those who
believe and know the truth

5. No Shadow Of Doubt

James 1:17–18 NKJV
Every good gift and every perfect gift is from above, and comes down
from the Father of lights, with whom there is no variation or shadow of
turning. 18 Of His own will He brought us forth by the word of
truth, that we might be a kind of firstfruits of His creatures.
1 John 1:5–6 NKJV
This is the message which we have heard from Him and declare to
you, that God is light and in Him is no darkness at all. 6 If we say that
we have fellowship with Him, and walk in darkness, we lie and do not
practice the truth.

Without a Shadow of a Doubt