The Power Of Attorney 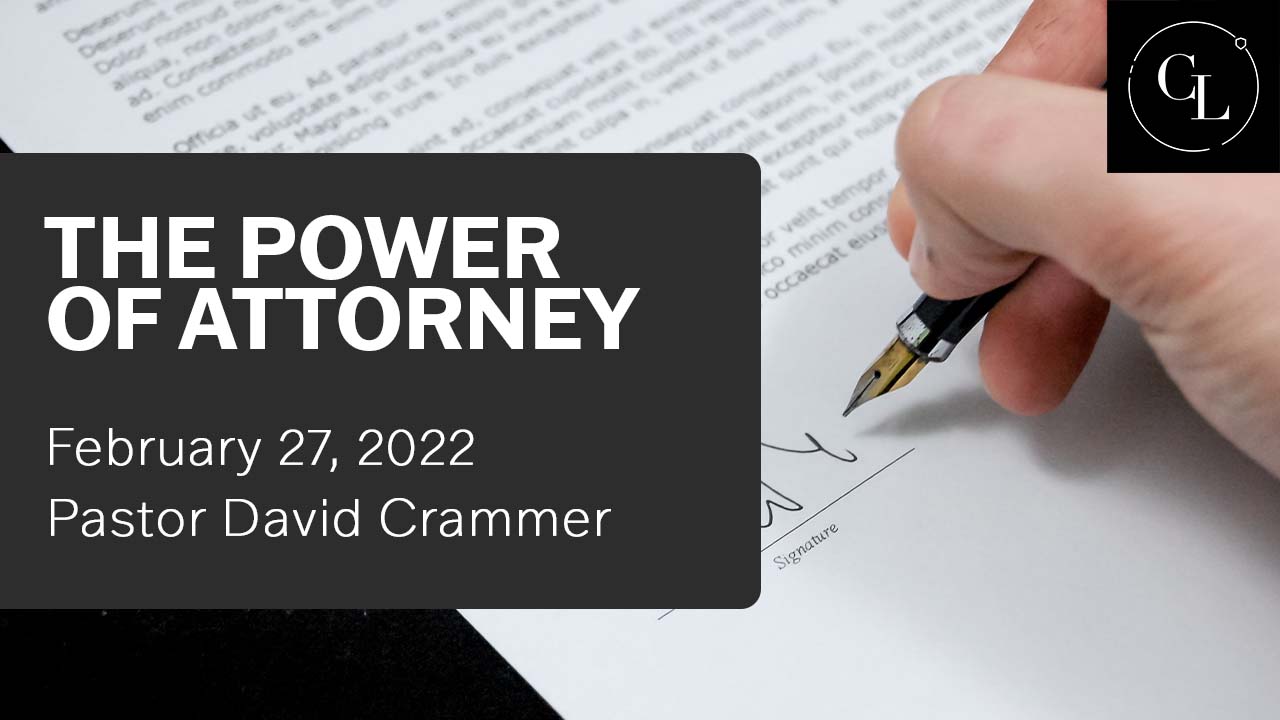 The Name Of Jesus

“If we have a low estimation and a low respect for the Name, we will not expect much, because we do not know what belongs to us.”
Kenneth H.
The Power Of Attorney

1. THE POWER BEHIND THE NAME

Hebrews 1:1–4 NKJV
God, who at various times and in various ways spoke in time past to the fathers by the prophets, 2 has in these last days spoken to us by His Son, whom He has appointed heir of all things, through whom also He made the worlds; 3 who being the brightness of His glory and the express image of His person, and upholding all things by the word of His power, when He had by Himself purged our sins, sat down at the right hand of the Majesty on high, 4 having become so much better than the angels, as He has by inheritance obtained a more excellent name than they.
Philippians 2:9–11 NKJV

Therefore God also has highly exalted Him and given Him the name which is above every name, 10 that at the name of Jesus every knee should bow, of those in heaven, and of those on earth, and of those under the earth, 11 and that every tongue should confess that Jesus Christ is Lord, to the glory of God the Father.

2. THE RIGHT TO USE HIS NAME

The question is: Do we have the power of attorney to use His Name? The Word of God teaches that we do.

John 14:12–14 NKJV
Most assuredly, I say to you, he who believes in Me, the works that I do he will do also; and greater works than these he will do, because I go to My Father. 13 And whatever you ask in My name, that I will do, that the Father may be glorified in the Son. 14 If you ask anything in My name, I will do it.
Ephesians 1:18–21 NKJV

the eyes of your understanding being enlightened; that you may know what is the hope of His calling, what are the riches of the glory of His inheritance in the saints, 19 and what is the exceeding greatness of His power toward us who believe, according to the working of His mighty power 20 which He worked in Christ when He raised Him from the dead and seated Him at His right hand in the heavenly places, 21 far above all principality and power and might and dominion, and every name that is named, not only in this age but also in that which is to come.

Jesus said we could use His Name in prayer.
Here in the Book of John, Jesus not only gives us the use of His Name in the new covenant prayer, He also declares that the prayer prayed in His Name will receive His special attention:
John 16:23–24 NKJV

And in that day you will ask Me nothing. Most assuredly, I say to you, whatever you ask the Father in My name He will give you. 24 Until now you have asked nothing in My name. Ask, and you will receive, that your joy may be full.

John 11:41–42 NKJV
Father, I thank You that You have heard Me. 42 And I know that You always hear Me,
but because of the people who are standing by I said this, that they may believe that You sent Me.”

4.IN COMBAT AGAINST UNSEEN FORCES

– We can use His Name in dealing with demons.

Mark 16:17–18 NKJV
And these signs will follow those who believe: In My name they will cast out demons; they will speak with new tongues; 18 they will take up serpents; and if they drink anything deadly, it will by no means hurt them; they will lay hands on the sick, and they will recover.”
Matthew 28:18–20 NKJV

All authority has been given to Me in heaven and on earth. 19 Go therefore and make disciples of all the nations, baptizing them in the name of the Father and of the Son and of the Holy Spirit, 20 teaching them to observe all things that I have commanded you; and lo, I am with you always, even to the end of the age.”

He said we could use His Name in ministering healing. In fact, that’s where the secret lies—in the use of that Name!

We have depended, too much of the time, on our own ability to deliver someone—when in reality, it is the Name that does it.
Acts 3:6-8 NKJV

6 Then Peter said, “Silver and gold I do not have, but what I do have I give you: In the name of Jesus Christ of Nazareth, rise up and walk.” 7 And he took him by the right hand and lifted him up, and immediately his feet and ankle bones received strength. 8 So he, leaping up, stood and walked and entered the temple with them—walking, leaping, and praising God.

So when Peter saw it, he responded to the people: “Men of Israel, why do you marvel at this? Or why look so intently at us, as though by our own power or godliness we had made this man walk?

Acts 3:16 NKJV
And His name, through faith in His name, has made this man strong, whom you see and know. Yes, the faith which comes through Him has given him this perfect soundness in the presence of you all.
“Fear arises when we imagine everything depends upon us.”
– Elisabeth Elliot