The Plan. The Path. The Prize. 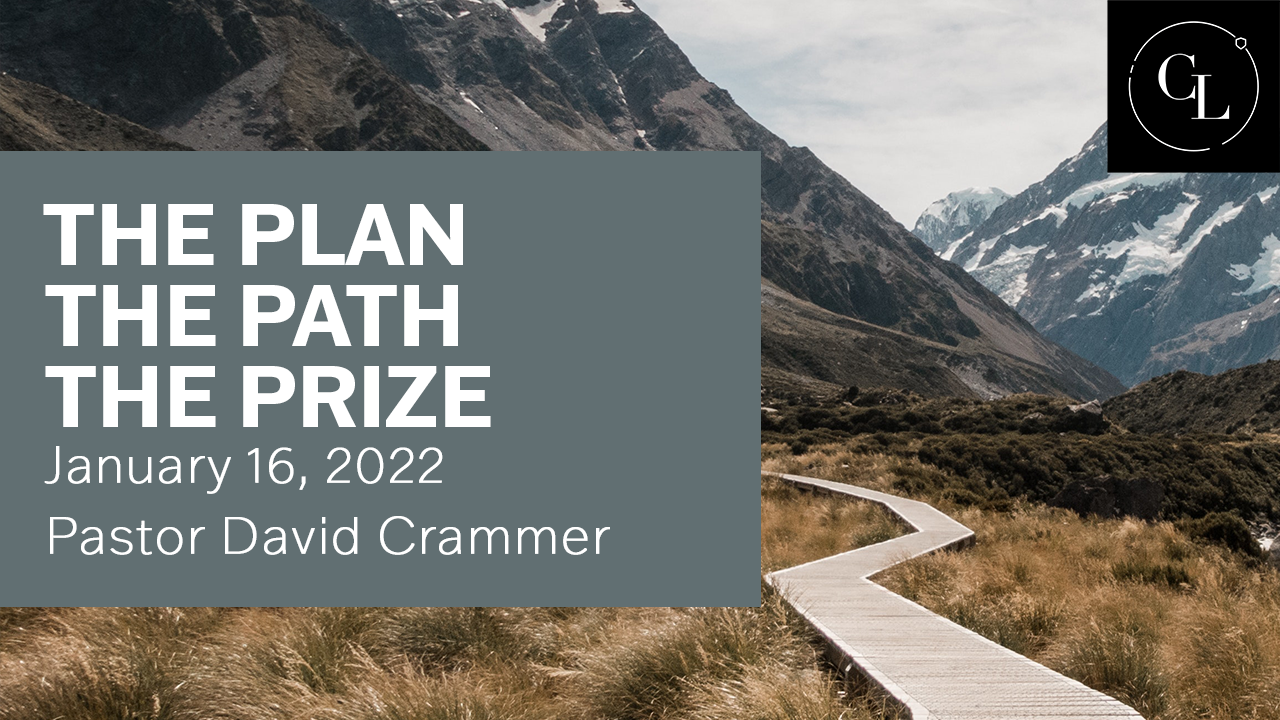 But first and most importantly seek aim at, strive after His kingdom and His righteousness His way of doing and being right—the attitude and character of God, and all these things will be given to you also.

Coming out, He went to the Mount of Olives, as He was accustomed, and His disciples also followed Him. 40 When He came to the place, He said to them, “Pray that you may not enter into temptation.”
41 And He was withdrawn from them about a stone’s throw, and He knelt down and prayed, 42 saying, “Father, if it is Your will, take this cup away from Me; nevertheless not My will, but Yours, be done.” 43 Then an angel appeared to Him from heaven, strengthening Him. 44 And being in agony, He prayed more earnestly. Then His sweat became like great drops of blood falling down to the ground.

45 When He rose up from prayer, and had come to His disciples, He found them sleeping from sorrow. 46 Then He said to them, “Why do you sleep? Rise and pray, lest you enter into temptation.”

For I know the plans I have for you,” says the Lord. “They are plans for good and not for disaster, to give you a future and a hope.

Peter J. Daniels came from a disadvantaged background and was challenged with illiteracy in his early years. His family was third generation welfare recipients, he has two alcoholic brothers, 4 fathers and 2 mothers. Many of his relatives have been in jail. He failed at every grade in school and became a bricklayer. At 26 years of age he was hopelessly in debt, and attended a Billy Graham Crusade on 25 May 1959. He attributes his life change and subsequent success to that meeting. Suddenly he had a mountain sized dream to see how much money on human being could give away in his lifetime!

Psalm 65:11-13 NKJV
You crown the year with Your goodness, And Your paths drip with abundance. They drop

on the pastures of the wilderness, And the little hills rejoice on every side. The pastures are clothed with flocks; The valleys also are covered with grain; They shout for joy, they also sing.

Trust in the Lord with all your heart, And lean not on your own understanding; 6 In all your ways acknowledge Him, And He shall direct your paths.

“The only way to have a small life is for you to allow yourself to be the source of your life.” – Henry Cloud

After these things, the word of the Lord came to Abram in a vision, saying, Fear not, Abram, I am your Shield, your abundant compensation, and your reward shall be exceedingly great.

Therefore He said: “A certain nobleman went into a far country to receive for himself a kingdom and to return. 13 So he called ten of his servants, delivered to them ten minas, and said to them, ‘Do business till I come.’ 14 But his citizens hated him, and sent a delegation after him, saying, ‘We will not have this man to reign over us.’ 15 “And so it was that when he returned, having received the kingdom, he then commanded these servants, to whom he had given the money, to be called to him, that he might know how much every man had gained by trading. 16 Then came the first, saying, ‘Master, your mina has earned ten minas.’ 17 And he said to him, ‘Well done, good servant; because you were faithful in a very little, have authority over ten cities.’ 18 And the second came, saying, ‘Master, your mina has earned five minas.’ 19 Likewise he said to him, ‘You also be over five cities.’ 20 “Then another came, saying, ‘Master, here is your mina, which I have kept put away in a handkerchief. 21 For I feared you, because you are an austere man. You collect what you did not deposit, and reap what you did not sow. 19 And he said to him, ‘Out of your own mouth I will judge you, you wicked servant. You knew that I was an austere man, collecting what I did not deposit and reaping what I did not sow. 23 Why then did you not put my money in the bank, that at my coming I might have collected it with interest?’
24 “And he said to those who stood by, ‘Take the mina from him, and give it to him who has ten minas.’