The Fruit of Faithfulness 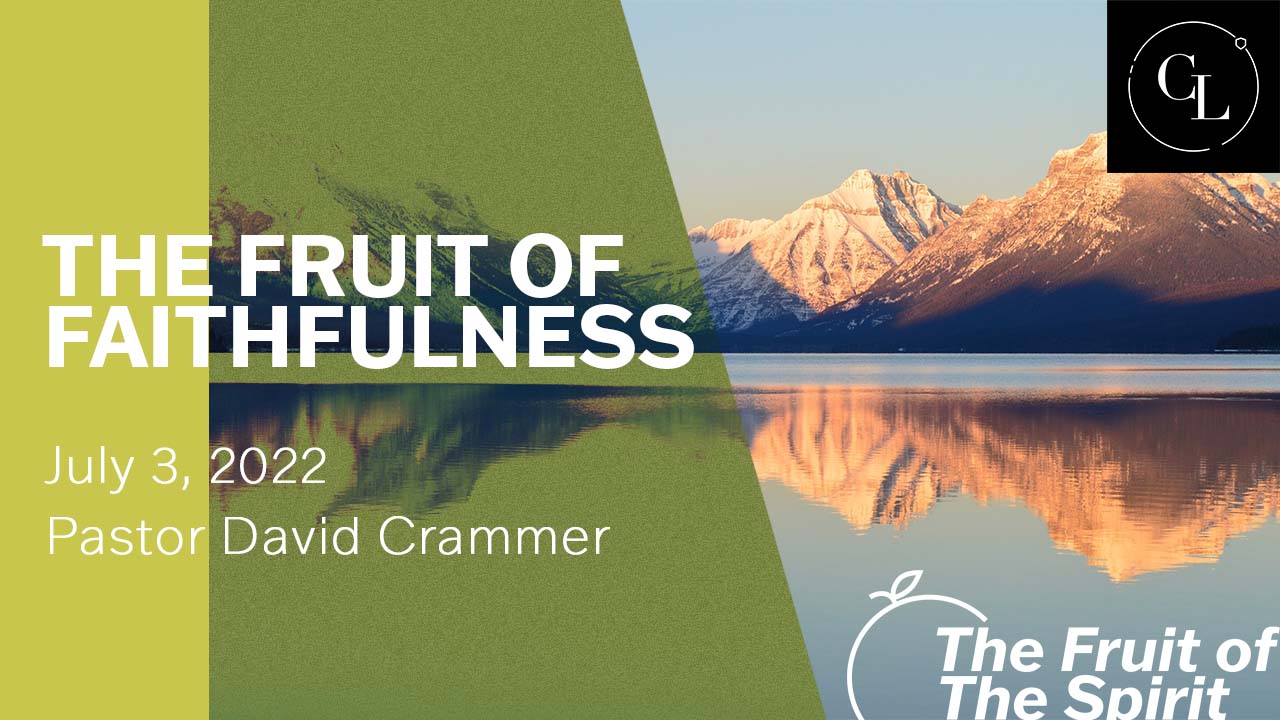 THE FRUIT OF FAITHFULNESS

Galatians 5:22–25 NKJV
But the fruit of the Spirit is love, joy, peace, longsuffering, kindness, goodness, faithfulness, 23 gentleness, self-control. Against such there is no law.Let’s Look at this powerful trait of Who God is, and who He made you to be.

This word “faith” is the Greek word pistis.
This word conveys the idea of a person who is faithful, reliable, loyal, and steadfast. It pictures a person who is devoted, trustworthy, dependable, dedicated, constant, and unwavering.
1 Corinthians 13:13 NKJV
And now abide faith, hope, love, these three; but the greatest of these is love.
Numbers 23:19 NIV
God is not a man, that he should lie, nor a son of man, that he should change his mind.

When The Holy Spirit is allowed to freely work in our lives, He makes us faithful and steadfast, just like God. This is contrary to the flesh, which seeks to be lazy, uncommitted, undependable, and completely unreliable.

When Paul wrote to Timothy and told him how to choose leaders, he urged Timothy to choose “faithful” men. This is also the word pistis, which tells us that it is mandatory for this fruit of the Spirit to be found in leaders.

1 Corinthians 4:2 NKJV
Moreover it is required in stewards that one be found faithful.
” This could be translated, “…It is required that a man be found devoted, trustworthy, dependable, dedicated, constant, and unwavering.”
1 Timothy 1:12 NKJV
And I thank Christ Jesus our Lord who has enabled me, because He counted me faithful, putting me into the ministry,
The more you become like God in this area the greater God Can use you!
Proverbs 28:20 NKJV
A faithful man will abound with blessings, But he who hastens to be rich will not go unpunished.
Abound – Rab
– Abundant in quantity, size, age, number, rank, quality.
– To abound, captain, exceedingly, full.
– Great Increase, many, Very much, to multiply plenteous
Your promotion always follows a faithful season.

Psalm 75:6-7 KJV
For promotion cometh neither from the east, nor from the west, nor from the south, 7 but God is the Judge: He putteth down one, and setteth up another.
Proverbs 20:6-7 NKJV
Most men will proclaim each his own goodness, But who can find a faithful man? 7 The righteous man walks in his integrity; His children are blessed after him.
Faithfulness is the currency of kingdom promotion.

Your faithfulness has an anointing upon it, that will affect the entire house!

Genesis 39:8-9 NKJV
But he refused and said to his master’s wife, “Look, my master does not know what is with me in the house, and he has committed all that he has to my hand. 9There is no one greater in this house than I, nor has he kept back anything from me but you, because you are his wife. How then can I do this great wickedness, and sin against God?”
Genesis 39:21-23 NKJV
But the Lord was with Joseph and showed him mercy, and He gave him favor in the sight of the keeper of the prison. 22 And the keeper of the prison committed to Joseph’s hand all the prisoners who were in the prison; whatever they did there, it was his doing. 23The keeper of the prison did not look into anything that was under Joseph’s authority, because the Lord was with him; and whatever he did, the Lord made it prosper.
Proverbs 12:24 NKJV
The hand of the diligent will rule, But the lazy man will be put to forced labor.
Luke 16:10 AMPC
He who is faithful in a very little [thing] is faithful also in much, and he who is dishonest and unjust in a very little [thing] is dishonest and unjust also in much.
Faithfulness is the hinge that the door of your destiny swings upon
Hebrews 11:5-6 NKJV
By faith Enoch was taken away so that he did not see death, “and was not found, because God had taken him”; for before he was taken he had this testimony, that he pleased God. 6 But without faith it is impossible to please Him, for he who comes to God must believe that He is, and that He is a rewarder of those who diligently seek Him.
“When faithfulness is most difficult, it is most necessary.”
– Unknown