The Church Part 2: Made for War 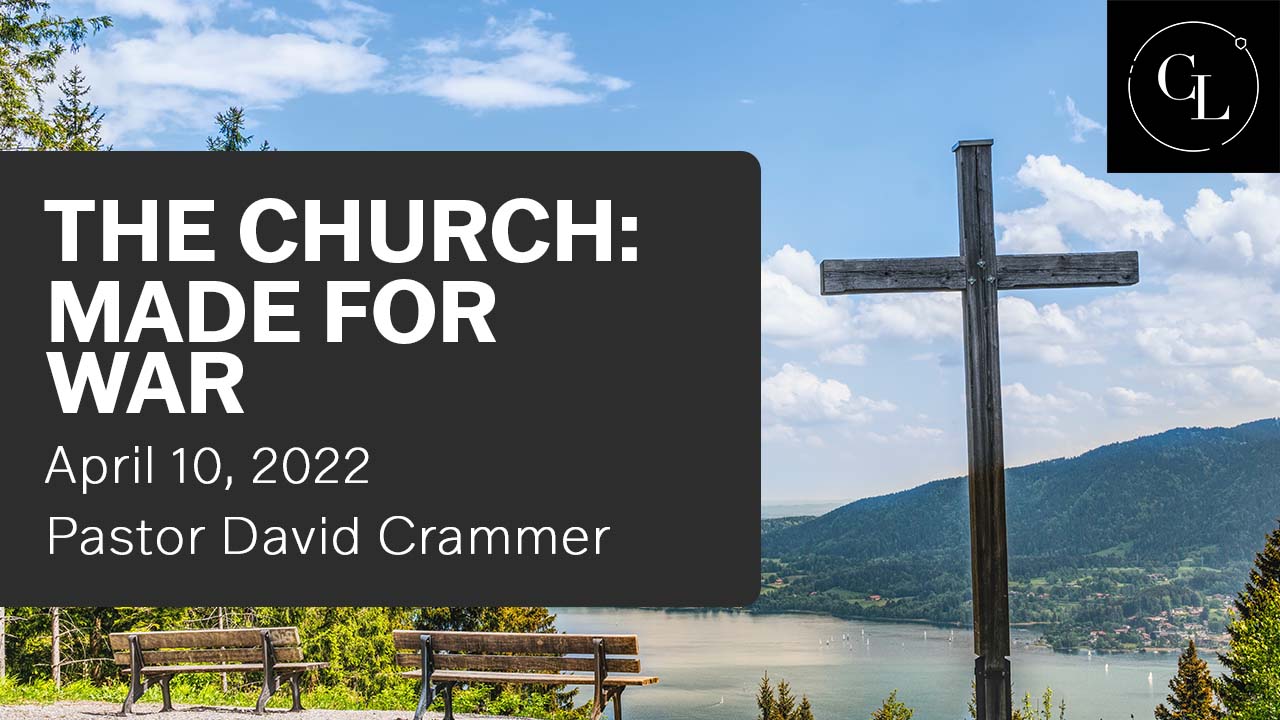 Exodus 33:14–16 NLT
The Lord replied, “I will personally go with you, Moses, and I will give you rest— everything will be fine for you.” 15 Then Moses said, “If you don’t personally go with us, don’t make us leave this place. 16 How will anyone know that you look favorably on me—on me and on your people—if you don’t go with us? For your presence among us sets your people and me apart from all other people on the earth.”
Exodus 33:11 NKJV
So the Lord spoke to Moses face to face, as a man speaks to his friend. And he would return to the camp, but his servant Joshua the son of Nun, a young man, did not depart from the tabernacle.The law of first mention says that, to understand a particular word or doctrine, we must find the first place in Scripture that word or doctrine is revealed and study that passage.

2. FIRST MENTION OF THE CHURCH

Matthew 16:16–19 NKJV
Simon Peter answered and said, “You are the Christ, the Son of the living God.” 17 Jesus answered and said to him, “Blessed are you, Simon Bar-Jonah, for flesh and blood has not revealed this to you, but My Father who is in heaven. 18 And I also say to you that you are Peter, and on this rock I will build My church, and the gates of Hades shall not prevail against it. 19 And I will give you the keys of the kingdom of heaven, and whatever you bind on earth will be bound in heaven, and whatever you loose on earth will be loosed in heaven.”

Jesus uses the phrase “the gates of hell” the first time He mentions the church.

Luke 10:17–20 NKJV
Then the seventy returned with joy, saying, “Lord, even the demons are subject to us in Your name.” 18 And He said to them, “I saw Satan fall like lightning from heaven. 19 Behold, I give you the authority to trample on serpents and scorpions, and over all the power of the enemy, and nothing shall by any means hurt you. 20 Nevertheless do not rejoice in this, that the spirits are subject to you, but rather rejoice because your names are written in heaven.”

We are not a feel good social club, we’re the army of God.

Luke 14:25–33 NKJV
Now great multitudes went with Him. And He turned and said to them, 26 “If anyone comes to Me and does not hate his father and mother, wife and children, brothers and sisters, yes, and his own life also, he cannot be My disciple. 27 And whoever does not bear his cross and come after Me cannot be My disciple. 28 For which of you, intending to build a tower, does not sit down first and count the cost, whether he has enough to finish it—29 lest, after he has laid the foundation, and is not able to finish, all who see it begin to mock him, 30 saying, ‘This man began to build and was not able to finish.’ 31 Or what king, going to make war against another king, does not sit down first and consider whether he is able with ten thousand to meet him who comes against him with twenty thousand? 32 Or else, while the other is still a great way off, he sends a delegation and asks conditions of peace. 33 So likewise, whoever of you does not forsake all that he has cannot be My disciple.

John 4:34–35 NKJV
Jesus said to them, “My food is to do the will of Him who sent Me, and to finish His work. 35 Do you not say, ‘There are still four months and then comes the harvest’? Behold, I say to you, lift up your eyes and look at the fields, for they are already white for harvest!

The ripe grain is those who are ready to receive the good news of Jesus Christ. There are throngs of people whose hearts the Spirit of God has “ripened.” They are ready to hear about Jesus.

Matthew 9:36–38 NKJV
But when He saw the multitudes, He was moved with compassion for them, because they were weary and scattered, like sheep having no shepherd. 37 Then He said to His disciples, “The harvest truly is plentiful, but the laborers are few. 38 Therefore pray the Lord of the harvest to send out laborers into His harvest.
2 Corinthians 4:3–4 NKJV
But even if our gospel is veiled, it is veiled to those who are perishing, 4 whose minds the god of this age has blinded, who do not believe, lest the light of the gospel of the glory of Christ, who is the image of God, should shine on them.