Sensitive – Minister to the Lord 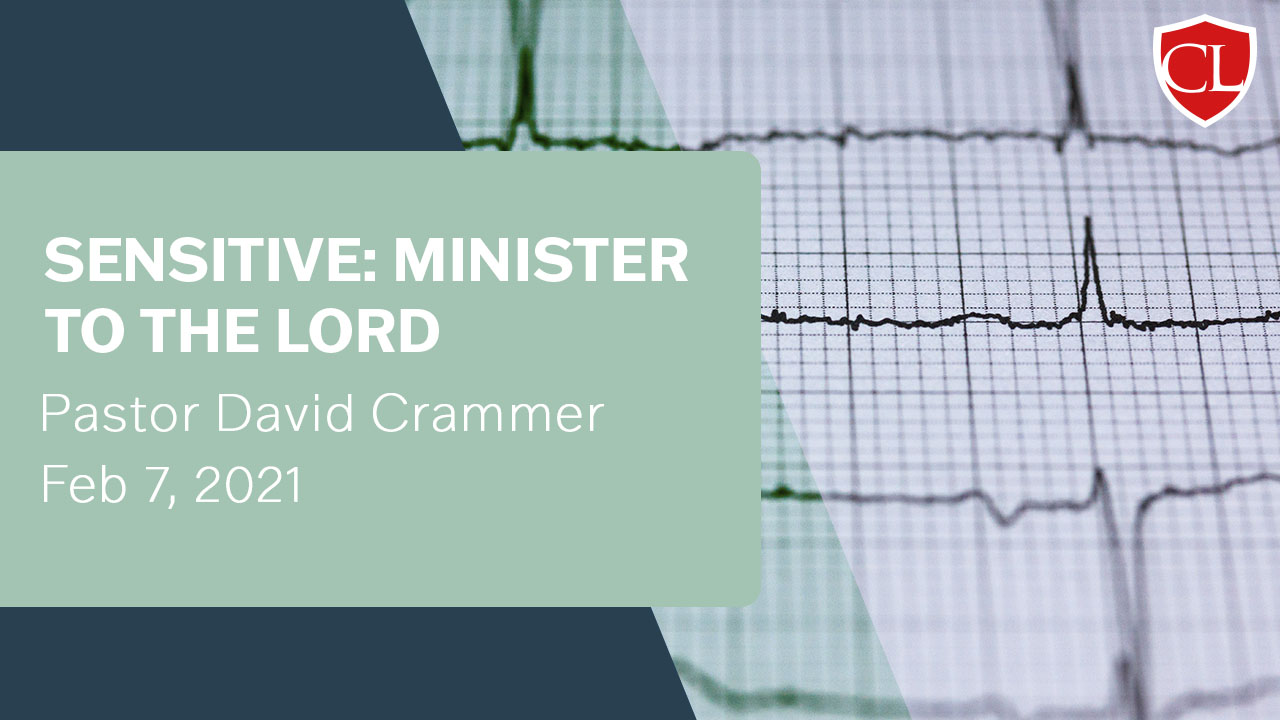 Minister To The Lord

Romans 8:14–16 NKJV
For as many as are led by the Spirit of God, these are sons of God. 15 For you did not receive the spirit of bondage again to fear, but you received the Spirit of adoption by whom we cry out, “Abba, Father.” 16 The Spirit Himself bears witness with our spirit that we are children of God,

John 10:4–5 NKJV
And when he brings out his own sheep, he goes before them; and the sheep follow him, for they know his voice. 5 Yet they will by no means follow a stranger, but will flee from him, for they do not know the voice of strangers.”

Acts 13:1-2
Now in the church that was at Antioch there were certain prophets and teachers: (Starts with Barnabas & ends with Saul). As they ministered to the Lord and fasted, the Holy Spirit said, “Now separate to Me Barnabas and Saul for the work to which I have called them.”

Two keys
• They ministered to The Lord. • They fasted.

1. MINISTER TO THE LORD

Psalm 4:4 KJV
Stand in awe, and sin not: commune with your own heart upon your bed, and be still.

Did you know that your flesh has a voice?

Philippians 3:18–19 NKJV
For many walk, of whom I have told you often, and now tell you even weeping, that they are the enemies of the cross of Christ: 19 whose end is destruction, whose god is their belly, and whose glory is in their shame—who set their mind on earthly things.

1 Corinthians 9:26–27 NKJV
Therefore I run thus: not with uncertainty. Thus I fight: not as one who beats the air. 27 But I discipline my body and bring it into subjection, lest, when I have preached to others, I myself should become disqualified.