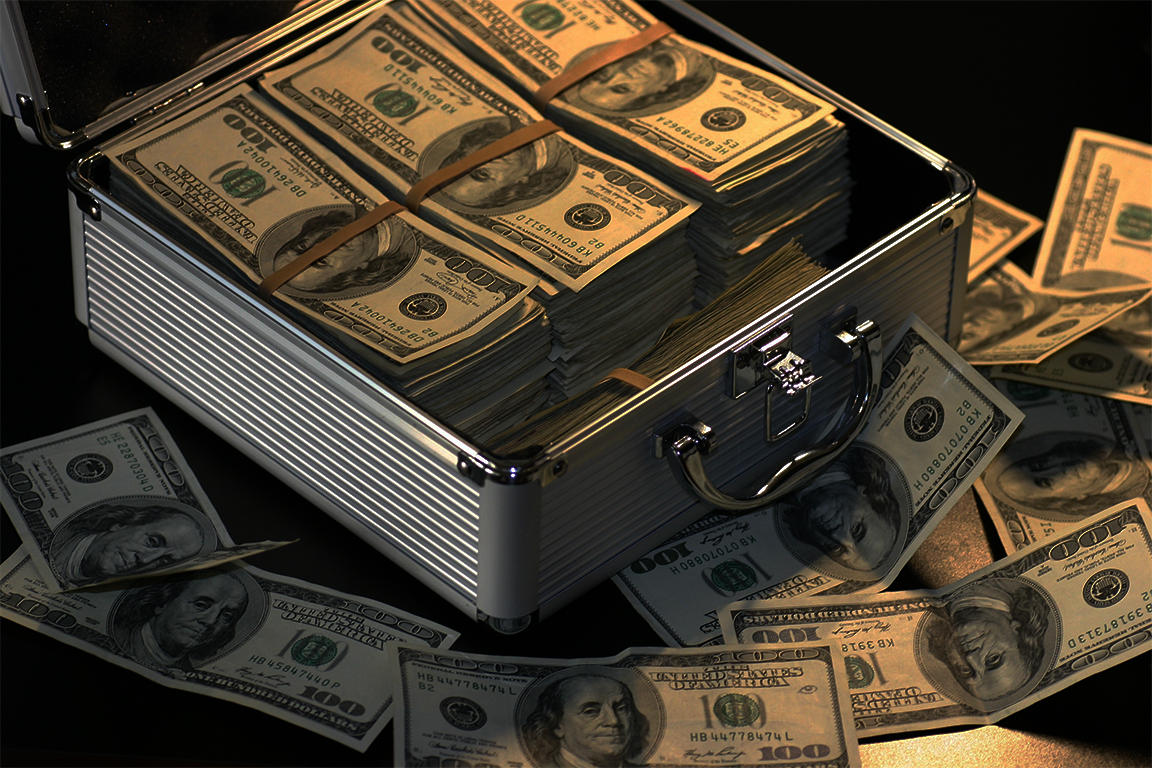 Matthew 6:19–21 NKJV
Do not lay up for yourselves treasures on earth, where moth and rust destroy and where thieves break in and steal; 20 but lay up for yourselves treasures in heaven, where neither moth nor rust destroys and where thieves do not break in and steal. 21 For where your treasure is, there your heart will be also.

Mark 6:37–43 NKJV
But He answered and said to them, “You give them something to eat.” And they said to Him, “Shall we go and buy two hundred denarii worth of bread and give them something to eat?”
38 But He said to them, “How many loaves do you have? Go and see.” And when they found out they said, “Five, and two fish.” 39 Then He commanded them to make them all sit down in groups on the green grass. 40 So they sat down in ranks, in hundreds and in fifties. 41 And when He had taken the five loaves and the two fish, He looked up to heaven, blessed and broke the loaves, and gave
them to His disciples to set before them; and the two fish He divided among them all. 42 So they all ate and were filled. 43 And they took up twelve baskets full of fragments and of the fish.
44 Now those who had eaten the loaves were about five thousand men.

Five Steps to Release the Kingdom in Your Life

Jesus asked the disciples what they had to feed the people. What do you have in your life that you can give God to work with? Jesus multiplied bread into bread and fish into fish.
What do you need multiplied in your life?

You must sow something to receive what you need. You can sow money. Remember that money can be named. You don’t sow money to believe for paper. Money represents your life and can be named to be the thing you need multiplied.

2 Kings 4:2–6 NKJV
So Elisha said to her, “What shall I do for you? Tell me, what do you have in the house?” And she said, “Your maidservant has nothing in the house but a jar of oil.” 3 Then he said, “Go, borrow vessels from everywhere, from all your neighbors—empty vessels; do not gather just a few. 4 And when you have come in, you shall shut the door behind you and your sons; then pour it into all those vessels, and set aside the full ones.” 5 So she went from him and shut the door behind her and her sons, who brought the vessels to her; and she poured it out. 6 Now it came to pass, when the vessels were full, that she said to her son, “Bring me another vessel.” And he said to her, “There is not another vessel.” So the oil ceased. 7 Then she came and told the man of God. And he said, “Go, sell the oil and pay your debt; and you and your sons live on the rest.”

2 Corinthians 9:6–10 NKJV
But this I say: He who sows sparingly will also reap sparingly, and he who sows bountifully will also reap bountifully. 7 So let each one give as he purposes in his heart, not grudgingly or of necessity; for God loves a cheerful giver. 8 And God is able to make all grace abound toward you, that you, always having all sufficiency in all things, may have an abundance for every good work. 9 As it is written: “He has dispersed abroad, He has given to the poor; His righteousness endures forever.” 10 Now may He who supplies seed to the sower, and bread for food, supply and multiply the seed you have sown and increase the fruits of your righteousness,

“Faith is being sure of what we hope for and certain of what we don’t see.” – Hebrews 11:1

Mark 11:24 NKJV
Therefore I say to you, whatever things you ask when you pray, believe that you receive them, and you will have them.

You have to know how to judge whether or not you’re in faith. Questions to ask yourself.
– Do you have the right picture? When you close your eyes, what do you see? Do you see yourself with the thing you’re believing for? If you can’t see it you can’t seize it.
– Can you defend your position? Why do you believe it? Prove it! Because you can be sure that between the “Amen” and the “There it is!” that the enemy is going to contend it. So, you better be able to defend it.
– Symptoms of being in faith. In parable of the sower we notice that some received the word with joy. Joy is a symptom of faith. You can’t pray the prayer of Faith if your not in faith.
– Do you have joy, expectancy, and peace?

Romans 15:13 BSB
Now may the God of hope fill you with all joy and peace as you believe in Him, so that you may overflow with hope by the power of the Holy Spirit.

3. Confess Over Your Seed, & Release It In Faith.

Philippians 4:6–7 NKJV
Be anxious for nothing, but in everything by prayer and supplication, with thanksgiving, let your requests be made known to God; 7 and the peace of God, which surpasses all understanding, will guard your hearts and minds through Christ Jesus.

The Holy Spirit will give you new direction, new ideas, and new concepts by revelation. Carry a notepad and a pen. Write everything down.

Jeremiah 29:11 NIV
For I know the plans I have for you,” declares the Lord, “plans to prosper you and not to harm you, plans to give you hope and a future.

Just because there is conflict do