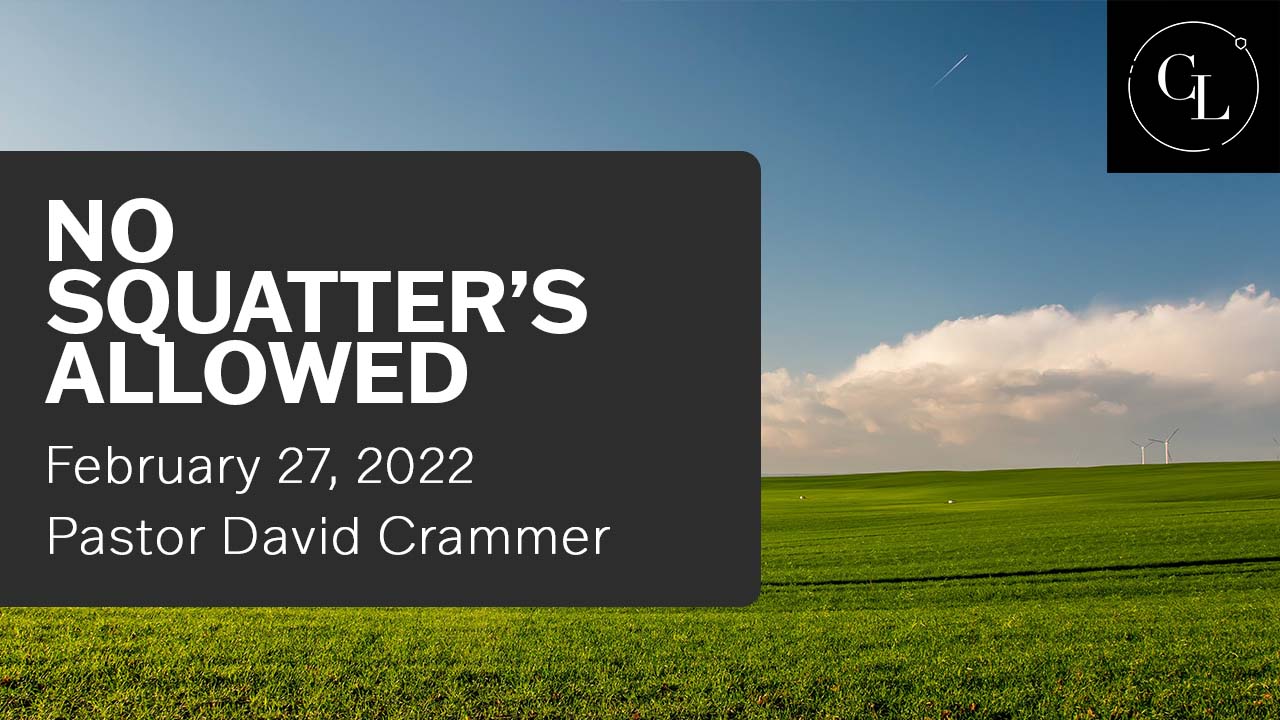 LUKE 10:17–20 NKJV
Then the seventy returned with joy, saying, “Lord, even the demons are subject to us in Your name.” 18 And He said to them, “I saw Satan fall like lightning from heaven. 19 Behold, I give you the authority to trample on serpents and scorpions, and over all the power of the enemy, and nothing shall by any means hurt you.
Squatter –
One who unlawfully occupy an uninhabited building or settle on a piece of land: To occupy (uninhabited building) unlawfully.

1. ONCE A THIEF ALWAYS A THIEF

John 10:1-2
Verily, verily, I say unto you, He that entereth not by the door into the sheepfold, but climbeth up some other way, the same is a thief and a robber. But he that entereth in by the door is the shepherd of the sheep
Hebrews 2:14–15 NLT
Because God’s children are human beings—made of flesh and blood—the Son also became flesh and blood. For only as a human being could he die, and only by dying could he break the power of the devil, who had the power of death. 15 Only in this way could he set free all who have lived their lives as slaves to the fear of dying.
The word authority means “lawful permission to execute power, or ability to bring judgment or justice for or against.” Jesus had full power as a man and the ability of God to execute judgment for us and against the Devil.

2. THE THIEF MUST BE BOUND

MATTHEW 18:18–20 NKJV
“Assuredly, I say to you, whatever you bind on earth will be bound in heaven, and whatever you loose on earth will be loosed in heaven.
19 “Again I say to you that if two of you agree on earth concerning anything that they ask, it will be done for them by My Father in heaven. 20 For where two or three are
gathered together in My name, I am there in the midst of them.”
Bind Greek- deo
– To bind, fasten with chains, to throw into chains
– To bind, put under obligation, of the law, duty etc.
– To be bound to one, a wife, a husband.
– To forbid, prohibit, declare to be illegal forbid by law.

This is why it’s imperative that you know the law! 1

Ephesians 1:21 AMPC
Far above all rule and authority and power and dominion and every name that is named [above every title that can be conferred], not only in this age and in this world, but also in the age and the world which are to come.
Isaiah 49:24–26 NLT
Who can snatch the plunder of war from the hands of a warrior? Who can demand that a tyrant let his captives go? 25 But the Lord says, “The captives of warriors will be released, and the plunder of tyrants will be retrieved. For I will fight those who fight you, and I will save your children. 26 I will feed your enemies with their own flesh. They will be drunk with rivers of their own blood. All the world will know that I, the Lord, am your Savior and your Redeemer, the Mighty One of Israel.”
Colossians 2:13–15 NLT
You were dead because of your sins and because your sinful nature was not yet cut away. Then God made you alive with Christ, for he forgave all our sins. 14 He canceled the record of the charges against us and took it away by nailing it to the cross. 15 In this way, he disarmed the spiritual rulers and authorities. He shamed them publicly by his victory over them on the cross.
Disarmed- Spoiled Or he stripped off.
The power of all sickness was spoiled – it was stripped off at the cross!!