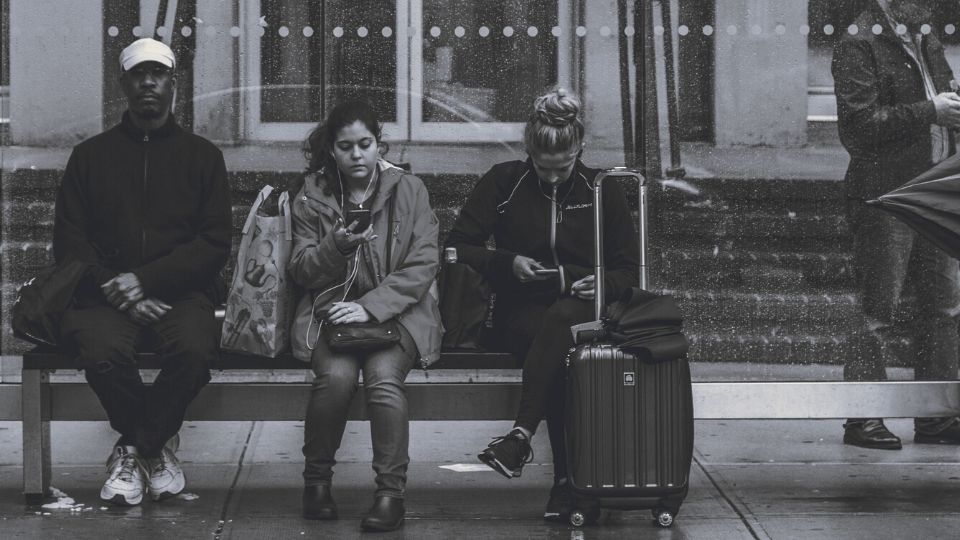 Galatians 2:20 NKJV
I have been crucified with Christ; it is no longer I who live, but Christ lives in me; and the life which I now live in the flesh I live by faith in the Son of God, who loved me and gave Himself for me.

James 2:14 NLT
What good is it, dear brothers and sisters, if you say you have faith
but don’t show it by your actions? Can that kind of faith save anyone?

1. The Church will Impact You.

Ephesians 4:11–12 CEV
Christ chose some of us to be apostles, prophets, missionaries,
pastors, and teachers, 12 so that his people would learn to serve and his body would grow strong.

Hebrews 10:24–25 NKJV
And let us consider one another in order to stir up love and good
works, 25 not forsaking the assembling of ourselves together, as is
the manner of some, but exhorting one another, and so much the
more as you see the Day approaching.

Action Step:
– Serve Your Church Family, This is Love in Action.

2. You Impact The Church.

Proverbs 27:17 NLT
As iron sharpens iron, so a friend sharpens a friend.
Proverbs 18:1 NKJV
A man who isolates himself seeks his own desire;
He rages against all wise judgment.
Philippians 1:19 NKJV
For I know that this will turn out for my deliverance through your
prayer and the supply of the Spirit of Jesus Christ,
Ephesians 4:16 CEV
of the body. Christ holds it together and makes all of its parts work
perfectly, as it grows and becomes strong because of love.

Action Step:
– Connect with Someone in the Church once a week.
– Attend a small group.

3. The Church Impacts The World

Psalm 34:8 NKJV
Oh, taste and see that the Lord is good; Blessed is the man who trusts in Him!
Galatians 5:22–23 NKJV
But the fruit of the Spirit is love, joy, peace, longsuffering,
kindness, goodness, faithfulness, 23 gentleness, self-control. Against such there is no law.

Action Step:
– Connect with Someone in your world once a week.
– Invite someone to church
– Respond to the leading of the HolySpirit.

You want to change the world? Go home and love your:
– Family, Neighbor, Co workers

Today changed my life forever..
So the other day, like every day, I walked to the bus stop to catch the bus to work.
I usually catch the first bus running around 4 am so to have enough
time to get breakfast before I start my 4:30 shift.
Needless to say, I typically sit at the bus stop alone but today I was accompanied with a man that appeared to be homeless.
He was wearing a suit.. well, what was left of it.
The jacket was ripped on a sleeve. His neck tie was wrapped around
his hand to, what I assume, stop the bleeding of a few cuts he had.
And he had sunglasses on top of his head with a lens missing.
Now, before you judge me for sounding like a creep because of how
I’m describing this man, let me remind you that it’s 4am.
It’s still dark outside.
I’m alone with a man that looks like he doesn’t have a thing to lose…
And I’m 94% sure I may just get robbed.
Anyway, I sat down on the bench by him and said nothing.
Something told me to say something. “Good Morning”, “you alright?” or a simple “what up”.
But before I could, I saw the bus coming so I quickly stood up to
wave it down then sat back down and said the first and only thing
that came to mind, which was:
“whether you see it now or not, everything’s gonna be okay. Don’t
you worry. trust God”
I laid a $5 on the bench and I walked on the bus.
I was off work the next day so I wasn’t at the bus stop, but today I
continued my daily schedule and left to catch the bus.
4 am. Like usual.
While walking, I saw a person walking up to the same stop as me but
from the opposite direction, and they were waving.
Me, I acted like I ain’t see it and sat down on the bench.
A few seconds later the person walked up and stopped right beside
me.
I had my hood up and my head down with my earbuds in so I didn’t
see or hear anything.
But then he taps me on the shoulder.
I pause my music and looked up and it’s the same man I gave the
money to.
He sat down on the bench beside me and asked if we can talk. He
extends his hand to, what I thought was to shake mine, but instead
puts the same $5 and this bullet right in my palm and said exactly
this..
“you saved my life..after my fiance died I stopped hearing from God. I needed something some kind of sign he’s still there. And at my
lowest low I just gave up on him. This bullet was going in my head
but I want you to have it.”
He said more words after that but I was too overwhelmed to catch it
all.
He hugged me then walked away.
I was so… I don’t even know what word to describe the feeling I had..
But I missed my bus.. Twice.

This is what it’s all about my friends!!!
A life Impact!
A life saved!
A life loved!
It began with Christ and His impact upon the world. So his church
could impact us to grow. So we could help each other grow.
The end result is this: Lives impacted by the love of Christ through
us!