How to Write Your Own Ticket 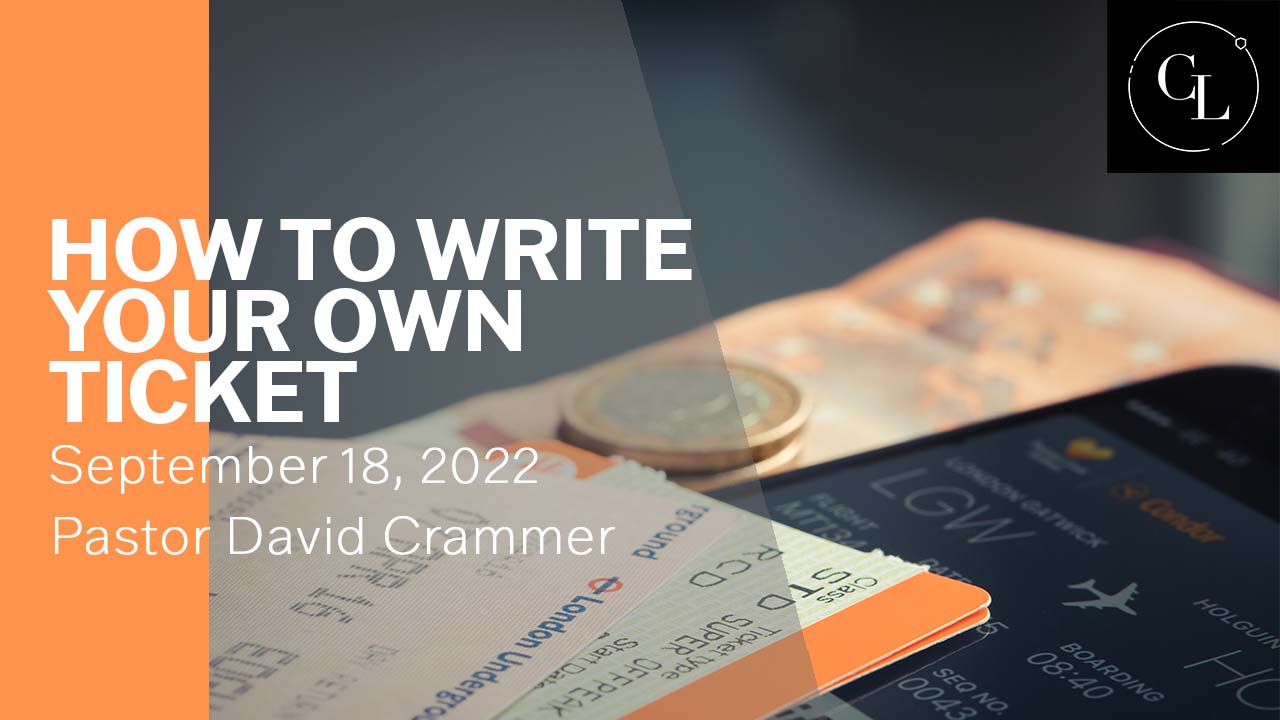 Mark 5:25 KJV
25 And a certain woman, which had an issue of blood twelve years, 26 And had suffered many things of many physicians, and had spent all that she had, and was nothing bettered, but rather grew worse, 27 When she had heard of Jesus, came in the press behind, and touched his garment. 28 For she said, If I may touch but his clothes, I shall be whole. 29 And straightway the fountain of her blood was dried up; and she felt in her body that she was healed of that plague. 30 And Jesus, immediately knowing in himself that virtue had gone out of him, turned him about in the press, and said, Who touched my clothes? 31 And his disciples said unto him, Thou seest the multitude thronging thee, and sayest thou, Who touched me? 32 And he looked round about to see her that had done this thing. 33 But the woman fearing and trembling, knowing what was done in her, came and fell down before him, and told him all the truth. 34 And he said unto her, Daughter, thy faith hath made thee whole; go in peace, and be whole of thy plague.

James 3:2-5
For we all stumble in many things. If anyone does not stumble in word, he is a perfect man, able also to bridle the whole body. 3 Indeed, we put bits in horses’ mouths that they may obey us, and we turn their whole body. 4 Look also at ships: although they are so large and are driven by fierce winds, they are turned by a very small rudder wherever the pilot desires. 5 Even so the tongue is a little member and boasts great things. See how great a forest a little fire kindles!

It wouldn’t have done this woman any good whatsoever if when she said, “If I may touch but his clothes, I shall be whole,” she hadn’t acted upon it also.
“We are what we repeatedly do. Excellence then is not an act. It’s a habit.”
– Aristotle

James 1:22–25 NKJV
But be doers of the word, and not hearers only, deceiving yourselves. 23 For if anyone is a hearer of the word and not a doer, he is like a man observing his natural face in a mirror;
24 for he observes himself, goes away, and immediately forgets what kind of man he was. 25 But he who looks into the perfect law of liberty and continues in it, and is not a forgetful hearer but a doer of the work, this one will be blessed in what he does.It’s the doers that are blessed.
“If you want to see change in your life, change something you do daily.”
“The secret of your future is hidden in your daily routine.”

Mark 5:29–30 NKJV
Immediately the fountain of her blood was dried up, and she felt in her body that she was healed of the affliction. 30 And Jesus, immediately knowing in Himself that power had gone out of Him, turned around in the crowd and said, “Who touched My clothes?”
Mark 11:24 NKJV
Therefore I say to you, whatever things you ask when you pray, believe that you receive them, and you will have them.

Verse 33 tells us that the woman with the issue of blood acknowledged what she had done. She “told him all the truth.” Jesus wants us to tell it so that others might receive.

1 Samuel 17:45-47
Then said David to the Philistine, Thou comest to me with a sword, and with a spear, and with a shield: but I come to thee in the name of the Lord of hosts, the God of the armies of Israel, whom thou hast defied. 46 This day will the Lord deliver thee into mine hand; and I will smite thee, and take thine head from thee; and I will give the carcases of the host of the Philistines this day unto the fowls of the air, and to the wild beasts of the earth; that all the earth may know that there is a God in Israel. 47 And all this assembly shall know that the Lord saveth not with the sword and spear: for the battle is the Lord’s, and he will give you into our hands.
1 Samuel 17:49-50
And David put his hand in his bag, and took thence a stone, and slang it, and smote the Philistine in his forehead, that the stone sunk into his forehead; and he fell upon his face to the earth. 50 So David prevailed over the Philistine with a sling and with a stone, and smote the Philistine, and slew him …
54 And David took the head of the Philistine, and brought it to Jerusalem … 2