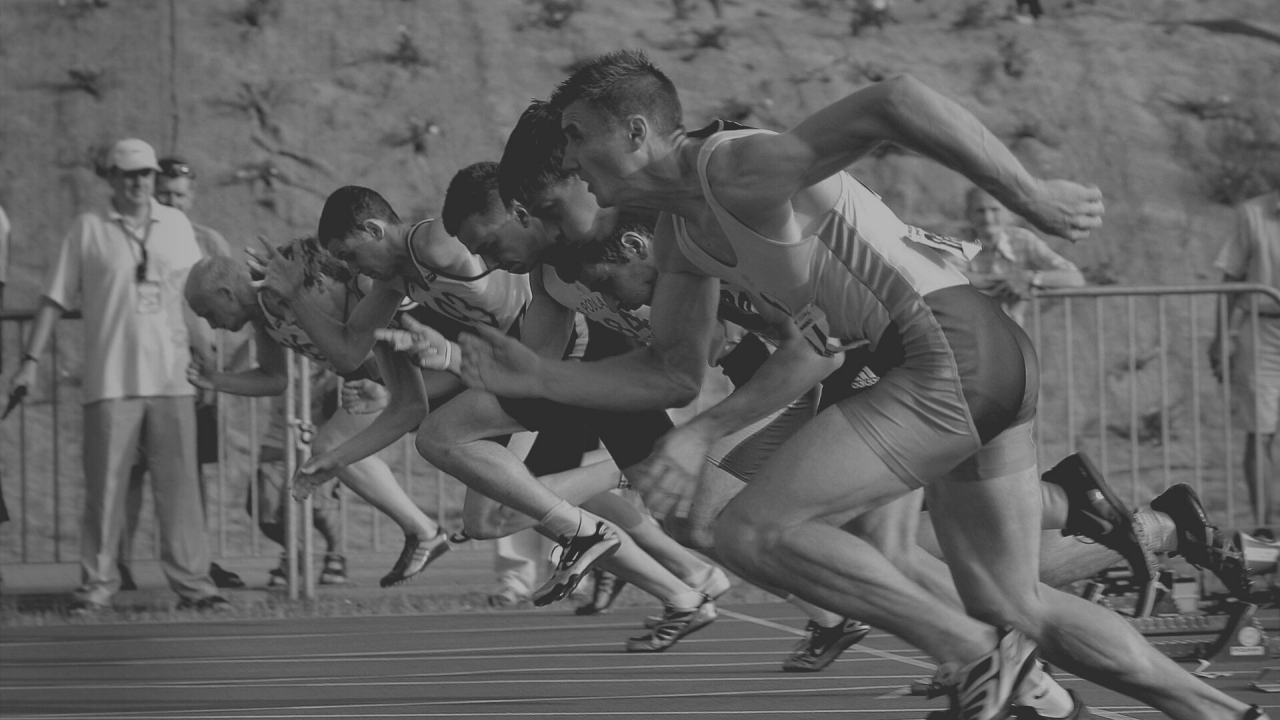 Man (is) appointed mortal sorrow; (but) the blessed God shall come down teaching (that) His death shall bring (the) despairing rest.

Kenneth Hagin Vision
Yea, the hand of the Lord was upon me … the Spirit of God moved upon me … the voice of God spoke unto me and said, “Come up, come up hither son of man.” I went, as it were, up into the air and stood with Him, the Head of the church, even the Lord Jesus Christ…in the air. And as I looked down upon the ground I could see as a map laid out before me the entire nation—all the states of the continental United States. And as I looked He said, “Behold son, and I shall show you that which shall come to pass, and that which the eyes of many shall see. And they shall remember that their ears heard that it shall come to pass.” For there came a dark hand up out of the ocean from the east, even from the Atlantic Ocean. It came up out of the sea as a hand and as it rose up into the air it became a dark cloud and it filled the whole atmosphere. Yea, and it swept in like a storm at sea. And I said, “Oh Lord! Oh Lord! Oh Lord! What’s the meaning of this?” And He spake unto me and said, “Son, that is the darkness of atheistic communism that is sweeping across the nation—even in the minds of men in high places and politicians with great power. And this nation shall not grow more strong and you shall not have more liberty than you have now, but liberties that you’ve known and you’ve seen shall be seized and taken from you.” And I looked again, and I could see upon the mountain a blotch, as though a bottle of ink had been spilled and spread out over several states in the south and east. And then I looked and I could see spots splotched all over the map and I said, “Lord, what meaneth this?” And He said, “Communistic inspired hatred among races shall cause greater turmoil than your nation has seen heretofore. Yea, it is not the will of God but men’s hearts are perverse and they walk without the love of God and seek to have their own way. And so it shall be worse than you have seen.” And I said, “Oh Lord! Oh Lord! Is there a remedy? Is there a remedy? What shall the answer be?” And He said, “Evil men and seducers shall wax worse and worse, deceived and being deceived.”

Let’s look at a few signs

Matthew 24:4–14 NKJV
And Jesus answered and said to them: “Take heed that no one deceives you. 5 For many will come in My name, saying, ‘I am the Christ,’ and will deceive many. 6 And you will hear of wars and rumors of wars. See that you are not troubled; for all these things must come to pass, but the end is not yet. 7 For nation will rise against nation, and kingdom against kingdom. And there will be famines, pestilences, and earthquakes in various places. 8 All these are the beginning of sorrows. 9 “Then they will deliver you up to tribulation and kill you, and you will be hated by all nations for My name’s sake. 10 And then many will be offended, will betray one another, and will hate one another. 11 Then many false prophets will rise up and deceive many. 12 And because lawlessness will abound, the love of many will grow cold. 13 But he who endures to the end shall be saved. 14 And this gospel of the kingdom will be preached in all the world as a witness to all the nations, and then the end will come.

Matthew 24:32–35 NKJV
Now learn this parable from the fig tree: When its branch has already become tender and puts forth leaves, you know that summer is near. 33 So you also, when you see all these things, know that it is near—at the doors! 34 Assuredly, I say to you, this generation will by no means pass away till all these thingstake place. 35 Heaven and earth will pass away, but My words will by no means pass away

Only since 1948 has the Jewish people become a nation once again. This is after 1900 years.

– 1967 war Israel won back Jerusalem.
Psalm 90:10 NKJV
The days of our lives are seventy years;
And if by reason of strength they are eighty years…

Isaiah 66:8 NKJV
Who has heard such a thing?
Who has seen such things?
Shall the earth be made to give birth in one day?
Or shall a nation be born at once?
For as soon as Zion was in labor,
She gave birth to her children.

– People would be lovers of themselves – selfie stick

2 Timothy 3:1–5 NKJV
But know this, that in the last days perilous times will come: 2 For men will be lovers of themselves, lovers of money, boasters, proud, blasphemers, disobedient to parents, unthankful, unholy, 3 unloving, unforgiving, slanderers, without self-control, brutal, despisers of good, 4 traitors, headstrong, haughty, lovers of pleasure rather than lovers of God, 5 having a form of godliness but denying its power. And from such people turn away!

2 Timothy 4:3–4 NKJV
For the time will come when they will not endure sound doctrine, but according to their own desires, because they have itching ears, they will heap up for themselves teachers; 4 and they will turn their ears away from the truth, and be turned aside to fables.

Zephaniah 3:9 NKJV
For then I will restore to the peoples a pure language, That they all may call on the name of the Lord, To serve Him with one accord.

– The Ethiopian Jews brought back to Israel in our lifetime.

– The Dead Sea Will Come back to life.

Ezekiel 47.8-10
This water flows towards the eastern region and goes down into the Arabah (the Jordan Valley), where it enters the Sea (the Dead Sea). When it empties into the Sea, the water there becomes fresh. Swarms of living creatures will live wherever the river flows. There will be large numbers of fish, because this water flows there and makes the salt water fresh; so where the river flows everything will live. Fishermen will stand along the shore; from En Gedi to En Eglaim there will be places for spreading nets. The fish will be of many kinds, like the fish of the Great Sea (the Mediterranean).”

– The fertility of the land of Israel.
– The revival of the Roman Empire.
– The Temple Mount Institute dedicated the altar of the temple for sacrifices.
– 172 species of predatory birds

1 Thessalonians 4:16–18 NAS
16 For the Lord Himself will descend from heaven with a shout, with the voice of the archangel and with the trumpet of God, and the dead in Christ will rise first. 17 Then we who are alive and remain will be caught up together with them in the clouds to meet the Lord in the air, and so we shall always be with the Lord. 18 Therefore comfort one another with these words

Amos 9:13–15 NKJV
Behold, the days are coming,” says the Lord,
“When the plowman shall overtake the reaper,
And the treader of grapes him who sows seed;
The mountains shall drip with sweet wine,
And all the hills shall flow with it.
14 I will bring back the captives of My people Israel;
They shall build the waste cities and inhabit them;
They shall plant vineyards and drink wine from them;
They shall also make gardens and eat fruit from them.

The Conclusion of Kenneth Hagin’s Vision (see above for the first part)
And then I said, “Oh, Lord! Do we have nothing to look forward to in the future except the darkness, the blackness, war, destruction and evil?”
And He said, “Son of man, forget not your text for you look at the things not seen (the title of his message was, Looking At Things Unseen).” And so then I looked into the spirit realm and I saw falling upon that mountain a ball of fire from heaven. The closer to the Earth, the bigger it got, and then when it came to theEarth it divided into small balls or sparks of fire, and it fell upon men. And I saw an army of men rise up, and it seemed as though their hands were fire. And there sat upon their heads a tongue of fire. (When I first saw it, it seemed like their whole heads were on fire but it was tongues of fire leaping.) And I said, “What meaneth this?” And He said, “Before the worst shall come and the day of darkness encompasses there will be those who shall go and who shall carry the fullness of My truth and the fire, not only to the states of this nation but to many other places. For there is a work that must be done, first spiritually, before the Lord shall come. “Now prepare ye your hearts, for the time is at hand and the beginning is now; and ye shall see and ye shall know for the hand of the Lord is upon you and many of you shall be used in these last days and the work shall progress.” Hallelujah to Jesus! Hallelujah to Jesus!