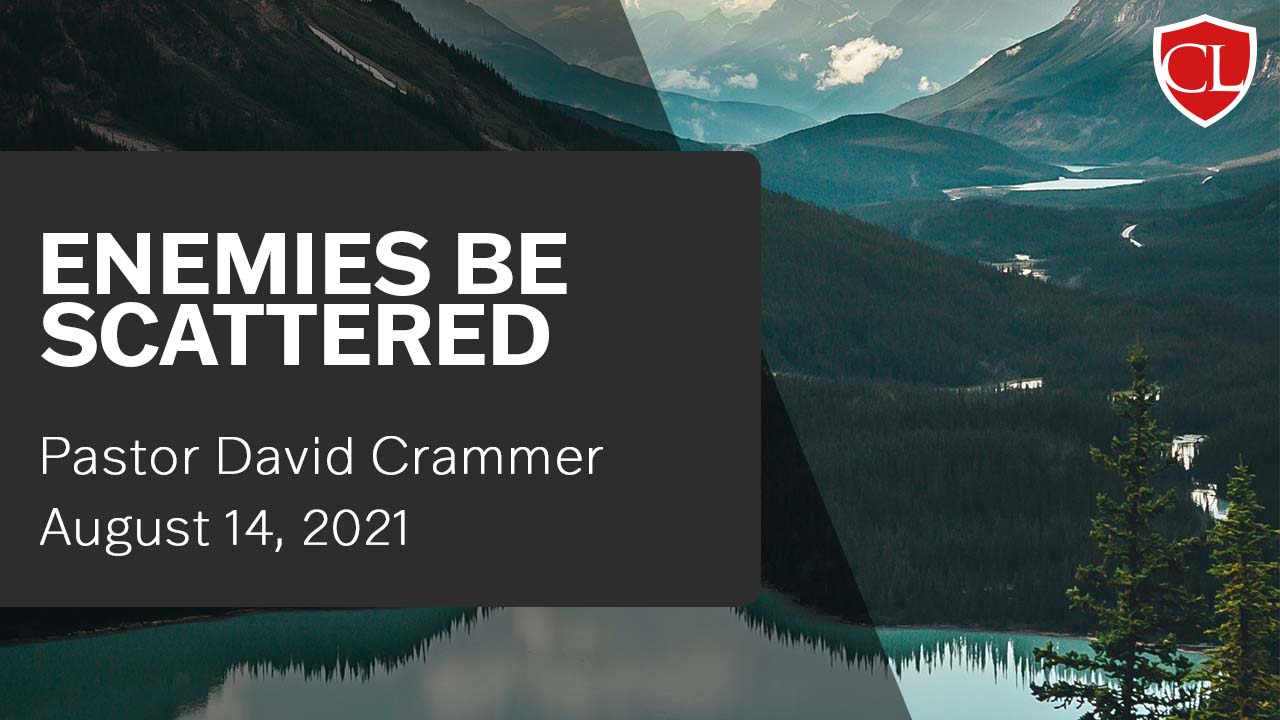 “The Lord will cause the enemies who rise up against you to be defeated before you; they will come out against you one way, but flee before you seven ways.

This is a promise of security from any invasion.
Total embarrassment of the invaders should they enter your land, they shall come against you one way-in the firmest and most united manner. And flee seven ways-shall be utterly broken, confounded, and finally routed.

Therefore submit to God. Resist the devil and he will flee from you.

For though we walk in the flesh, we do not war according to the flesh. 4 For the weapons of our warfare are not carnal but mighty in God for pulling down strongholds, 5 casting down arguments and every high thing that exalts itself against the knowledge of God, bringing every thought into captivity to the obedience of Christ,

Let God arise, Let His enemies be scattered; Let those also who hate Him flee before Him.

Let God arise, as the sun when he goes forth in his strength; and the children of darkness shall be scattered, as the shadows of the evening flee before the rising sun.

As smoke is driven away, So drive them away; As wax melts before the fire, So let the wicked perish at the presence of God. 3 But let the righteous be glad; Let them rejoice before God; Yes, let them rejoice exceedingly.

Sing to God, sing praises to His name; Extol Him who rides on the clouds, By His name Yah, And rejoice before Him. 5 A father of the fatherless, a defender of widows, Is God in His holy habitation.

It happened after this that the people of Moab with the people of Ammon, and others with them besides the Ammonites, came to battle against Jehoshaphat. 2 Then some came and told Jehoshaphat, saying, “A great multitude is coming against you from beyond the sea, from Syria; and they are in Hazazon Tamar”. 3 And Jehoshaphat feared, and set himself to seek the Lord, and proclaimed a fast throughout all Judah.

And he said, “Listen, all you of Judah and you inhabitants of Jerusalem, and you, King Jehoshaphat! Thus says the Lord to you: ‘Do not be afraid nor dismayed because of this great multitude, for the battle is not yours, but God’s. 16 Tomorrow go down against them. They will surely come up by the Ascent of Ziz, and you will find them at the end of the brook before the Wilderness of Jeruel. 17 You will not need to fight in this battle. Position yourselves, stand still and see the salvation of the Lord, who is with you, O Judah and Jerusalem!’ Do not fear or be dismayed; tomorrow go out against them, for the Lord is with you.”

So they rose early in the morning and went out into the Wilderness of Tekoa; and as they went out, Jehoshaphat stood and said, “Hear me, O Judah and you inhabitants of Jerusalem: Believe in the Lord your God, and you shall be established; believe His prophets, and you shall prosper.” 21 And when he had consulted with the people, he appointed those who should sing to the Lord, and who should praise the beauty of holiness, as they went out before the army and were saying:
“Praise the Lord, For His mercy endures forever.”

22 Now when they began to sing and to praise, the Lord set ambushes against the people of Ammon, Moab, and Mount Seir, who had come against Judah; and they were defeated. 23 For the people of Ammon and Moab stood up against the inhabitants of Mount Seir to utterly kill and destroy them. And when they had made an end of the inhabitants of Seir, they helped to destroy one another.

24 So when Judah came to a place overlooking the wilderness, they looked toward the multitude; and there were their dead bodies, fallen on the earth. No one had escaped.
25 When Jehoshaphat and his people came to take away their spoil, they found among them an abundance of valuables on the dead bodies, and precious jewelry, which they stripped off for themselves, more than they could carry away; and they were three days gathering the spoil because there was so much.