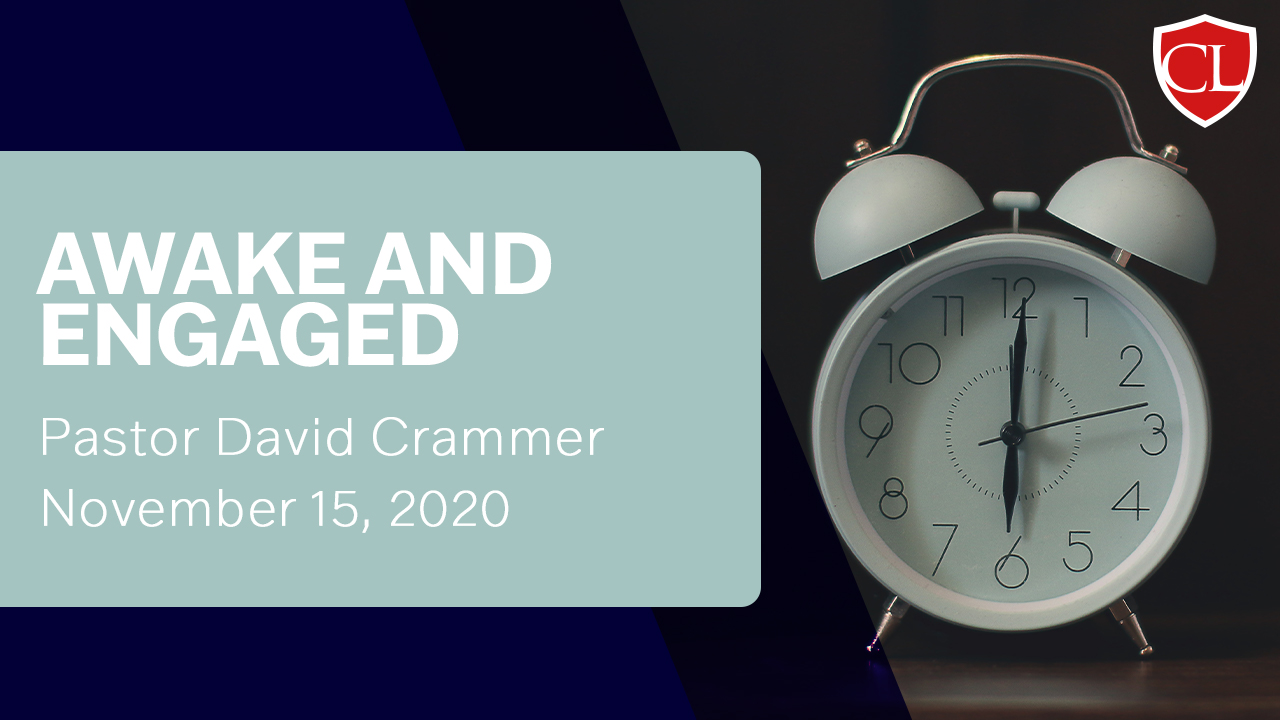 Kim Clement “’Trump shall become a trumpet,’ says the Lord,” Clement exclaimed at Bethel Church in Redding, California on November 4, 2007. “’I will raise up the Trump to become a trumpet…. “For God said I will not forget 9/11. I will not forget what took place that day, and I will not forget the gatekeeper who watched over New York, who will once again stand and watch over the nation, says the Spirit of God. “It shall come to pass that the man that I place in the highest office shall go in whispering my name. But God said when he enters into the office, he will be shouting out by the power of the Spirit. “For I shall fill him with my Spirit when he goes into office and there will be a praying man in the highest seat in your land.”

“Listen to the word of the Lord, God says, ‘I will put at your helm for two terms a president who will pray, but he will not be a praying president when he starts.’ “’I will put him in office and then I will baptize him with the Holy Spirit and my power, says the Lord of Hosts. There will be a praying president, not a religious one. For I will fool the people, says the Lord. I will fool the people, yes I will.’” “For the Spirit of God says, ‘Yes, he may have hot blood, but he will bring the walls of protection on this country in a greater way and the economy of the country shall change rapidly,’ says the Lord of Hosts.”

Proverbs 11:1 NKJV Dishonest scales are an abomination to the Lord, But a just weight is His delight.

1. LET THERE BE LIGHT

for at one time you were darkness, but now you are light in the Lord. Walk as children of light 9 (for the fruit of light is found in all that is good and right and true), 10 and try to discern what is pleasing to the Lord. 11 Take no part in the unfruitful works of darkness, but instead expose them. 12 For it is shameful even to speak of the things that they do in secret. 13 But when anything is exposed by the light, it becomes visible, 14 for anything that becomes visible is light. Therefore it says, “Awake, O sleeper, and arise from the dead, and Christ will shine on you.”

Dietrich Bonhoeffer, the great German pastor, theologian, martyr, spy was asked in 1943 how it was possible for the Church to sit back and let Hitler seize absolute power. His firm answer: “It was the teaching of cheap grace.” “Cheap grace is the preaching of forgiveness without requiring repentance, baptism without church discipline, communion without confession, absolution without personal confession. 1 Cheap grace is grace without discipleship, grace without the cross, grace without Jesus Christ.”

He told them, “My soul is crushed with grief to the point of death. Stay here and keep watch with me.” 39 He went on a little farther and bowed with his face to the ground, praying, “My Father! If it is possible, let this cup of suffering be taken away from me. Yet I want your will to be done, not mine.” 40 Then he returned to the disciples and found them asleep. He said to Peter, “Couldn’t you watch with me even one hour? 41 Keep watch and pray, so that you will not give in to temptation. For the spirit is willing, but the body is weak!”

Temptation – adversity, affliction, trouble Matthew 26:45–46 NLT 45 Then he came to the disciples and said, “Go ahead and sleep. Have your rest. But look— the time has come. The Son of Man is betrayed into the hands of sinners. 46 Up, let’s be going. Look, my betrayer is here!”

But you will receive power when the Holy Spirit comes upon you. And you will be my witnesses, telling people about me everywhere—in Jerusalem, throughout Judea, in Samaria, and to the ends of the earth.”

A great wave of persecution began that day, sweeping over the church in Jerusalem; and all the believers except the apostles were scattered through the regions of Judea and Samaria. 2 (Some devout men came and buried Stephen with great mourning.) 3 But Saul was going everywhere to destroy the church. He went from house to house, dragging out both men and women to throw them into prison. 4 But the believers who were scattered preached the Good News about Jesus wherever they went. 5 Philip, for example, went to the city of Samaria and told the people there about the Messiah. 6 Crowds listened intently to Philip because they were eager to hear his message and see the miraculous signs he did. 7 Many evil spirits were cast out, screaming as they left their victims. And many who had been paralyzed or lame were healed. 8 So there was great joy in that city.

Just a week after Election Day, President-elect Joe Biden is doubling down on promises made to lesbian, gay, bisexual, transgender and queer Americans during his campaign and signaling his intent to reverse course from the Trump administration, which was marked by several rollbacks in LGBTQ rights. Reggie Greer, the Biden team’s LGBTQ engagement director, told NBC News.

So I sought for a man among them who would make a wall, and stand in the gap before Me on behalf of the land, that I should not destroy it; but I found no one.

For God has not given us a spirit of fear, but of power and of love and of a sound mind.

PRAYER POINT ONE: Expose and hold accountable those who practice the seven things God hates and He says are detestable to Him: According to Proverbs 6:16-17, There are six things the LORD hates, seven that are detestable to Him: 1. haughty eyes 2. a lying tongue 3. hands that shed innocent blood 4. a heart that devises wicked plans 5. feet that are quick to rush into evil 6. a false witness who pours out lies 7. a person who stirs up conflict in the community.  Heavenly Father, we humbly ask that in the battleground states of Pennsylvania, Michigan, Wisconsin, Georgia, North Carolina, Arizona, and Nevada please silence every lying tongue and convict the hearts of those who devise wicked plans intended to invalidate and nullify the expressed will of the voters. Stop those who would be quick to rush into evil. Expose and silence every false witness who utters lies and operates in deceit. Thwart the efforts of every person who attempts to stir conflict within their community.

PRAYER POINT THREE: Frustrate those who seek to steal, kill, and destroy electoral integrity and authentic, accurate vote counts in these battleground states. Heavenly Father, please, “Frustrate the plotting of the shrewd so that their hands cannot perform their enterprise or attain success.” May no weapon formed intended to steal, kill and destroy the authentic, accurate vote count and expressed will of the people in the battleground states of Pennsylvania, Michigan, Wisconsin, Georgia, North Carolina, Arizona, and Nevada “be allowed to prosper.” (Isaiah 54:17).

PRAYER POINT FOUR: Frustrate and thwart the plans of those who attempt to sabotage the state’s election laws and subvert the expressed will of the people. Heavenly Father, please “Capture the wise by their own shrewdness and quickly thwart the advice of the cunning” (Job 5:12) whose intention is to sabotage and subvert state and federal election law and the expressed will of 3 the people in the battleground states of Pennsylvania, Michigan, Wisconsin, Georgia, North Carolina, Arizona, and Nevada. “Hold them guilty O LORD, by their own devices let them fall.” (Psalm 5:10)

PRAYER POINT FIVE: Psalm 5 for protection and favor for President Trump. Heavenly Father, please “Give ear to President’ Trump’s words, O LORD, consider President Trump’s groaning. Heed the sound of his cry for help, His King and His God. For to You does he pray. In the morning O LORD, you will hear his voice; in the morning he will order his prayer to you and eagerly watch. For you are not a God who takes pleasure in wickedness; no evil dwells with You. The boastful shall stand before Your eyes; You hate all who do iniquity. Destroy those who speak falsehood You abhor the man of bloodshed and deceit. But as for President Trump by Your abundant lovingkindness he will enter Your house. At your holy temple he will bow in reverence for you. Lord, please lead President Trump in Your righteousness because of his foes. Make his way straight before him. There is nothing reliable in what they say; their throat is an open grave; they flatter with their tongue. Hold them guilty, O God, by their own devices let them fall! In the multitude of their transgressions thrust them out for they are rebellious against You. But let President Trump take refuge in You and be glad. Let him ever sing for joy. May you shelter him. May he who loves Your name exult in You. Bless President Trump, O LORD. Surround him with favor as with a shield. “Heavenly Father, please give supernatural wisdom, strength and discernment to the President and his advisors regarding how to navigate the road ahead. In the Mighty Name of Jesus We Pray, Amen.